The character of Northern Neck forests is fairly basic: a mix of pines and hardwoods that has not changed much in the last few decades. What has changed is the number of acres in tree cover—which continues to decline as timberlands are converted to farm fields and retirement communities. As you travel about, you’ll see plenty of loblollies, short-leaf pines, and Virginia pines, mixed with hardwoods such as oaks, hickory, and gum. According to the best estimates, this tree mix probably closely resembles what colonial settlers found here in the early 1600s.

The colonists’ accounts boast of a virgin land, blanketed in dense forests. Today, trees cover approximately 57% of Virginia’s Northern Neck. Throughout the four-county region, historically vast reaches of timber have slowly been carved up or interrupted by competing needs: crop fields and waterfront developments, for example. In the 15 years between 1976 and 1991, Richmond and Westmoreland counties lost close to 15,500 acres of forest cover. Ironically, Northumberland and Lancaster Counties actually picked up slightly more trees during this same period, but are now facing much more development pressure, especially along their shorelines.

Most timber and woodland is privately owned. Several local mills grow and process the majority of available timber, hauling truckloads of pine and hardwood up and down the highway on any given day. The mills process trees into lumber for home construction, post and piling products, and pallets.

Roughly 60-75 percent of the area’s timber gets processed on the Neck. The rest is hauled away to nearby mills on the Middle Peninsula and elsewhere.

Good management practices adopted by the forest industry have reaped tremendous benefits in the quality of the loggers’ work. Of these, “stream-side management zones” are, without question, viewed as the single most important practice for soil conservation and stream protection. During storms, the trees left standing in these management areas capture runoff from farm fields and paved surfaces and filter out sediments and other contaminants that would otherwise pour into any number of creeks braiding their way across the land. A secondary benefit—and one that has reached global importance—is the nesting opportunities provided by tall, riverbank trees for bald eagles, osprey, and herons, especially along key rivers like the Rappahannock and Potomac. Bald eagles, in particular, appear to favor these high-pitched condos on the water.

The importance of your trees, then, cannot be overstated. On an individual basis, trees enhance the natural beauty and value of your property. They help keep soil on the land and, by providing shade, moderate air temperatures at home—saving dollars on your utility bill. Along river banks, the overhanging canopy helps to moderate water temperatures while providing food in the form of leaf litter that later breaks down, which benefits the many terrestrial and aquatic creatures that set up homes along these edges. And hydrologists believe that shoreline trees perform another valuable function by taking up nitrate-laden groundwater into their root systems before it enters the rivers. By leaving a 100-foot buffer of trees along any waterway on your property, you will help the entire community of birds, fish, amphibians, and small mammals that have been part of your neighborhood over the years. This buffer is one of the most effective means of slowing down eroding soil that would otherwise cloud the water and choke or suffocate the fish in your favorite fishing hole.

Stretched out beneath the open skies you’ll find varying textures and colors of meadows and open fields that thrive in sand and sunshine. Most common on the Neck are the tall fescue grasses like lespedeza and soil covers like hairy vetch and crimson clover. Most of these fields are actually farmlands being temporarily left fallow to promote soil rejuvenation between crop rotations. But, left to its own devices, such a place will turn to scrub and, eventually, a mature forest of mixed pines and hardwoods. The whole process can take anywhere from 50 to 150 years.

Open fields attract a variety of sun-loving creatures that find the vegetation good eating. Around here, be on the lookout for cottontails, meadow mice and voles, gray foxes, and raccoons snacking or resting. Other visitors might include green and black snakes, and white-tailed deer browsing on tender grasses for a change of venue from the woody shrubs in the forest. Sun-loving wildflowers also thrive in these habitats, drawing butterflies, bees, and other insects important for pollination.

Well-drained sandy soils naturally promote these gorgeous and carefree plant communities. Throughout the Northern Neck peninsula, you’ll come across splashes of color clinging to fence posts and cornstalks. Among the many wildflowers you’ll spot walking along a country lane or hiking through a meadow are Queen Anne’s lace, trumpet creeper, morning glories, daylilies, and black-eyed Susan.

Indigenous to most open fields is wiregrass (also called bermudagrass), a resilient grass that spreads quickly by underground runners and loves sandy soil. While it’s downright ugly when dormant and not likely to give up its territory without a good fight, it does a good job at controlling soil erosion.

Another grass proving to be a real headache for farmers is Johnsongrass, which was introduced to the region and has proliferated to the point of being absolutely obnoxious. Like bermudagrass, it spreads very quickly by underground runners, called rhizomes, and loves to take over cultivated fields. Johnsongrass is particularly hard to get rid of because its seeds can, under the right conditions, lie dormant up to ten years, and then germinate. Local ordinances currently exist in all four counties prohibiting the planting of Johnsongrass.

To newcomers and travelers here, it might seem that the vast rows of soybeans or winter wheat stretching into the horizon on a November day were always here, distinguishing the Neck just as clearly as any adjacent stand of pine trees. The miles of cultivated fields passed between Colonial Beach and White Stone might become monotonous, indeed, were it not for the colorful roadside stands and country stores that adorn the main roads.

During the early years of colonial settlement, the soils throughout the entire coastal plain were prized for their ability to produce high-quality tobacco. But tobacco is notoriously hard on the soil, sucking the nutrient base dry usually after three years of harvests. Early farmers responded by moving into new fields. But when our ties with England were severed and the associated trade benefits relinquished, the clock began ticking against tobacco growers. With these forces against them, farmers gradually shifted to wheat and corn production.

The average age of the Northern Neck farmer, like the average age of the American farmer, is on the rise. And just like the national trend, the up-and-coming farmers on the Neck are choosing, with increasing frequency, to go into other professions, finding farming profits too small for the long hours and paperwork involved. The result: like so many parts of the U.S., farming on the Northern Neck is gradually switching to high-acreage, small-grain farms managed with very sophisticated and highly efficient machines. Most of the region’s cropland is planted in soybeans, corn, wheat, and hays and barley for grain. The most common rotation is corn to small grain to soybeans (sometimes followed by a second soybean rotation, referred to as double-cropping).

The balance of farmland, an estimated 50,377 acres, is used as pasture, set aside in a conservation program, or planted in melons, squash, tomatoes, strawberries, and other vegetables and fruits—and nursery stock. Fruits and vegetables are shipped off the Neck by truck and contribute to the local economy by providing seasonal employment.
Livestock, generally speaking, have never been a big part of the farming picture on the Northern Neck. A small number of hogs were at one time raised here, but most of the operations are gone. Today, only five farms keep dairy cows. Beef cattle production, by contrast, has increased over the past 20 years. A number of small herds are raised on pasturelands for commercial interests outside the region.

As you travel past the expansive fields of wheat or soybeans, it’s easy to simply characterize today’s Northern Neck farms as big business. But don’t overlook the small farmer. There are still plenty of small-acreage farmers here who succeed by balancing farming with other work, such as timbering, or juggling a combination of part-time jobs. And a handful of them are growing soybeans and herbs without the use of chemicals.

That these small and large-scale farmers have their hands full is an understatement at best. In addition to outwitting the surprises of each growing season and keeping ahead of the latest technology to improve yields and profits, farmers are challenged to refine how they protect nature’s resources, especially sensitive or erodible lands and the receiving waters in creeks and streams.

Over the years, traditional conservation practices have expanded to emphasize the use of buffer strips along waterways and on hillsides, more aggressive scouting of pests in order to accurately target pesticide need, and the practice of no-till. Whether for purely economic reasons or for conservation reasons, the latter—which results in a “crew cut” stubble of corn or soybean stalks insulating layers of fine dirt underneath—has cut down soil erosion.

Fertilizer use has been fine-tuned as well. Many farmers apply smaller, split applications at successive growth stages of a crop. And with the proliferation of no-till fields, less nitrogen is actually needed by the second and third crops in the rotation. The focus is three-pronged: prevent soil erosion, practice less toxic means of controlling pests, and protect surface and ground water. 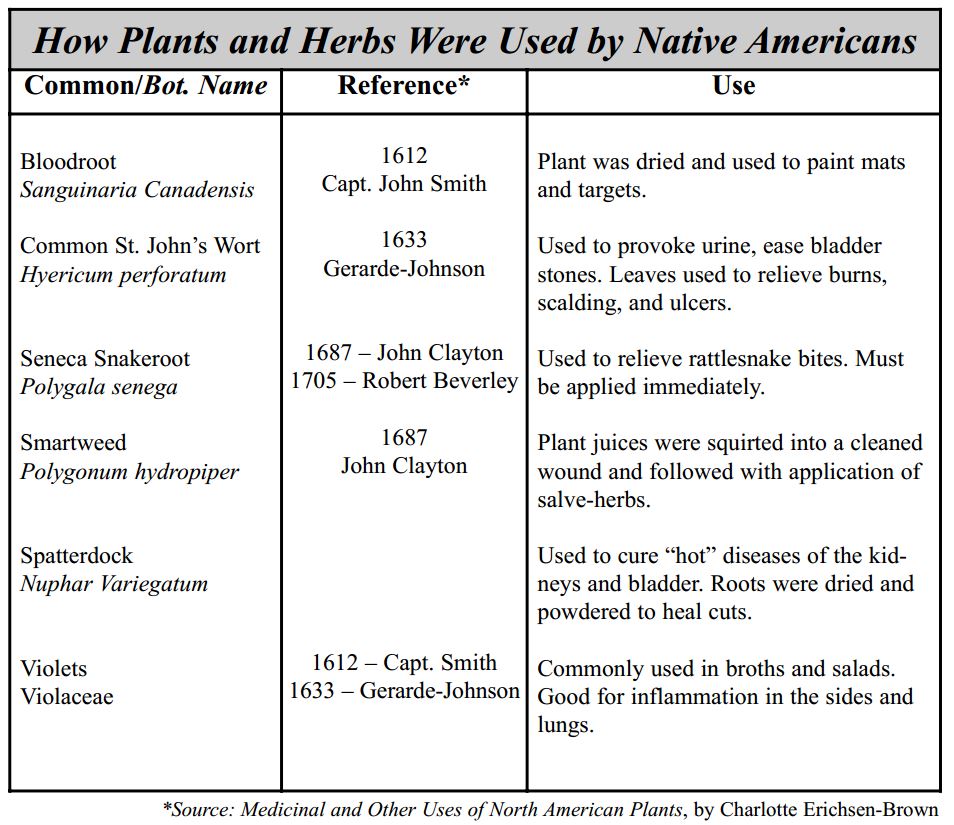 A Farmer and His Land

When asked at a meeting if he was a “gentleman farmer” or a “dirt farmer,” Joe Hicks replied with his soft-spoken charm, “I hope I’m both.”

Joe came to the Northern Neck at the age of 12 and worked alongside his father during the tough years following the Depression, eking out a living from rented acres on the Mt. Airy plantation.

Joe and his dad always kept a head of cattle as an “insurance policy” of sorts, for those times when they needed quick cash. But most of the land was planted in corn and grain and, eventually, soybeans. His dad had strong feelings about the resources the farm provided, and never squandered them. Joe remembers being told to “turn under anything that’s rotting or smells bad, because it will enrich the soil.”

The son grew up with a conservation ethic that rounded out years of practical application and knowledge. Back in the 70s, long before it was commonly accepted, Joe advocated the practice of no-till. He couldn’t bear to see soil running off the farm into the local creek—in this case, Cat Point Creek. No-till just made real good sense to him. Another pioneering move he made was farming in contour strips, particularly effective on highly-erodible soils such as slopes.

After a fair amount of reading and encouragement from the local extension agent, Joe planted the hillsides at Mt. Airy in contour strips that followed the natural features of the land. He witnessed a tremendous reduction in soil erosion.